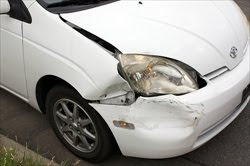 People who are new to the art and science of practicing magic are often surprised when they start doing magic rituals and discover that their lives get worse, not better, at least temporarily.

Tires go flat on their car, they get into fights with their spouse, or an unexpectedly large expense pops up. Then they wonder, "I'm a good person. Is this a warning from the universe that I shouldn't practice magic?"

Nope, it's not. I've seen it happen over and over again, and I have a name for it: the inconvenience factor.

Magic and the Inconvenience Factor
Anyone who starts practicing magic will undoubtedly run into the inconvenience factor ... it's a universal law. In fact, it's the universe's way of protecting esoteric material, and of testing whether someone's desire to learn this material is truly genuine or just a momentary wish in passing.

Whenever we start a new Basic Magic course or in-depth teleconference course, we warn students that the inconvenience factor is bound to occur. This factor tends to keep students from being able to attend class on a regular basis, at least at first. When the class is a teleconference course, the inconvenience factor turns up in a number of ways. One student may try to call into the teleconference only to get an "all circuits busy" signal. Another student may plan on using his cell phone only to find that the battery has suddenly died. A third student may have printed out his homework materials in readiness for class, and then discover that he can't find them anywhere.

Serious students, having been warned about the inconvenience factor, simply strive until they overcome the "all circuits busy signal" or dead cell phone battery. They may show up in class flustered and aggravated, but they do show up through sheer perseverance. This is the kind of effort the universe seeks to divide those who truly want to learn magic from those who just want to win the lottery tomorrow.

True desire is what separates a person capable of becoming a powerful magician from a dilettante. True desire is also what allows a person access to magical materials. The dilettantes always fall by the wayside, sidetracked by inconvenient life events, long before we get to the "really good stuff" in class.

Is the Inconvenience Factor a Form of Religious Warning or Vengenace?
This is a question that arises from time to time from students who have been raised with a strongly religious background that discourages the practice of magic. When these students are confronted by minor fender-benders or other inconvenient life events, they wonder whether these events are warnings from a jealous god to stay away from magical practice. That is, of course, one interpretation, and those who feel this interpretation to be true should stay away from magical practice.

However, we have worked with hundreds of students with this type of background who have successfully made it past the inconvenience factor with no further consequences. Life is as you believe it to be, and thus if you believe in a jealous god who discourages magical practice, the events of your life will bear out this belief. On the other hand, if you believe the universe is big enough to accommodate both magic and religion, then you will find that you can practice magic in harmony with the practice of your religion.

The Rules of the Road: Rules of Magical Practice
Magic, like all arts and sciences, has its own set of rules. We follow the Rules of the Road, as put forth by Reverend George Dew of the Church of Seven Arrows. We find, by our experience and observation, that these rules are true, immutable, and quite freeing. Check them out here and see if you agree:

Are the End Times Coming? I Have No Survival Gear!

As we approach 2012 people are getting increasingly nervous about the so-called "end times," with many people saying that the current economic downturn is simply a pre-cursor to "the end of it all" (whatever that means!).

Are the end times coming in the catastrophic ways predicted by Nostradamus and other predictors? Will California fall into the ocean? Will our population be decimated by a deadly virus? Will the poles change position, bringing on all kinds of natural disasters?

I hope not. I forgot to pack a survival kit!

What's Really Going to Happen in 2012?
First of all, whether 2012 is even the correct date for a major world-shifting event is up for question, depending on who does the prediction. The Mayan calendar, the calculations of the Hopi legends, and Nostradamus don't all agree on the date. But suffice to say that we are moving from the Piscean Age into the Aquarian Age ... and some things will definitely change in the world.

So then the question becomes, "What is going to happen during this change and how do we prepare?"

Based on my conversations with Grandmother, the spirit of Earth, who is also known by many other names, and my own observations, I'm pretty sure that I won't need a survival pack of the physical kind. Granola bars, meal packs, and water are not going to be my main concerns.

Grandmother has made it perfectly clear that during this world change, unlike any other, physical changes will be at a minimum, and mass extinctions will not take place. The poles will not trade places. In other words, the planet itself is not going to "take the hit."

Who is Going to "Take the Hit" During This World Change?
Good question. I wondered that myself, so I asked Grandmother. Her reply? "You." How comforting! She wasn't talking about me specifically, but the beings (spirits) that inhabit the earth. In other words, instead of transformation taking place in the physical world, the changes are going to take place within us. We are going to take the hit - personally, so to speak.

California probably won't fall into the ocean, but our hearts may sink into our stomachs quite a lot during the next few years. The economic changes occurring already have a lot of people feeling anxious ... and that's just the beginning. The way I understand it based on my conversation with Grandmother, in the coming days we will each be faced with situations that make us feel uncomfortable, angry, frustrated, sad, or otherwise negative.

In other words, events will occur, with nauseating regularity and increasing frequency, which will offer us the chance to feel negative about the way things are, or choose a different route toward a more positive outcome. The events will range in size and effect from small and annoying to "OMG, I can't handle this!"

An Example You Can Relate To
Here's a perfect recent example: my accountant rang me up on the eve of taxes being due and told me I owed the government more than was in my bank account. I got mad, frustrated, and upset, since this came on the heels of a number of similar events.

Then I got smart. I whipped out my tax notebook and compared it to the return my accountant had prepared. I found a series of major errors. Wow. The end result? I owed nothing in taxes ... and had in fact overpaid when I sent money with my extension. Things worked out great.

So what could have been a disastrous event ended up being quite positive, but only when I shifted my attention away from reaction and into actions that restored my personal power.

The Real Sacrifice of the End Times
The short conclusion to this long-winded tale is this:

In the coming world change we won't be sacrificing the planet. To survive, we will have to sacrifice the useless parts of our personality, like pride, envy, vengeance, anger, and fear.

It sounds easy in theory, but it is way harder when the Universe keeps throwing monkey wrenches in your plans. It will sometimes seem like you can't do the simplest task without running into a bunch of complications. Don't get mad. And no, you're not crazy. You are just a vital part of the world transformation as we move into the Aquarian Age.

Do the best you can with what you have, stay as positive as possible ...and the Universe really will reward you for being a positive force in the coming world transformation. One way I like to stay connected is to do the Navajo Beauty Way ritual. It keeps me smiling, sane, and sweet. Give it a try.