Can't Understand Messages from the Universe? 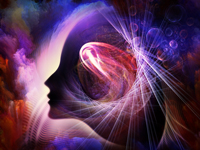 Many people ask us to help them interpret answers and messages from the Universe. Some people have trouble receiving answers from the Universe, but more frequently people receive messages from the Universe... and cannot figure out what those answers mean.
What can you do when you ask the Universe for help or guidance, and then get some feedback that makes no sense to you? That's easy. Ask again... and again... and again if necessary. Luckily the Universe never gets impatient when someone asks for clarification. If you have asked the Universe or your Spirit guide or an angel for some kind of message or guidance, but can't decipher the meaning, first take the time to thank that being for sending the message. Then, feel free to ask again. Ask the being to send the message again, this time add the phrase, "In a way that I can clearly understand." You might also want to specify a time within which you would like to receive the clarified message. For instance, you might ask an angel to send the message again and add a time frame, such as "Before 6:00 pm tonight." With the time qualifier you know the being will send the message before a certain time. With that in mind, after the specified time you can review your day to see if you can locate the new clarified message or guidance.

Communications from Universal Beings
Sometimes we can miss the message or answer or guidance because Universal beings do not always communicate the same way as we do. When we talk to another person, we use language and words. Thus we tend to think that all beings communicate in the same way. Not so. An angel may use words, but might not put them in your mind directly. You may find your guidance in a book, an overheard conversation, or even graffiti written on a wall. For instance, one person who was struggling with anxiety was given the following quote by Robert Louis Stevenson in a fiction novel:

"Quiet mind cannot be perplexed or frightened, but go on in fortune or misfortune, at their own private pace, like a clock during a thunderstorm..."

This became a mantra for this person to repeat when feeling anxious. The vision of the unmoved clock, ticking steadily away at its own private pace during a wild thunderstorm, became the essence of the kind of inner peace this person was hoping to achieve. What's more, the more this person used this mantra, the less worried she became about other people's opinions of her or her choices. She became more confident of her choices and lifestyle, thinking of herself like that clock, moving in fortune or misfortune at her own private pace.

If you review your day, after having asked your Spirit guide to send you a clarified message, and you can find no verbal reference, such as a quote or snippet of conversation, look for non-verbal messages. For instance, one person asked an angel to send a clarified message during his workday. The man was looking for guidance as to whether to accept a job in another country. While the job would certainly prove to be lucrative and offer many new experiences, the man was uncertain as to whether he should leave the safety and comfort of his current life and job. In particular, he wondered whether he would be able to re-create a similar support network in a different country amongst strangers. As he reviewed his day, he could find no verbal clues that would answer his question. In fact, he found very little verbal communication had taken place all day. Upon reflection, he realized that he usually spoke with several of his close friends during the day, and a few family members as well. He had spoken to almost no one that day, having been very focused on his work.

Upon reflection, the man realized that he had not felt isolated or alone that day, despite not connecting with his usual social network of friends and family. And therein lay the answer to his question. Could he successfully leave his social network and family to take a new job in a foreign country amongst strangers? Yes. His realization that he had not felt isolated or lonely that day, even with almost no contact with his friends and family, made him realize that he was sufficiently confident and capable that he did not need to have his social network always available for a chat. He was outgoing enough to make new friends. He would not feel lonely in a foreign country. As soon as he realized the answer sent by his angel, his phone rang--a call from a close friend who had been "thinking of him" all day but was too busy to call during the day. The man immediately thanked his angel for the clarified answer, and then happily chatted with his close friend. Message sent and received.

Whether your guides choose to send you verbal or non-verbal messages, the key to receiving answers from guides and angels and other Universal beings is to keep asking for clarification until you get the help you asked for. You can even ask that messages be sent in verbal form so you can more easily hear them. Just keep asking and do not give up until the message has been sent and received to your satisfaction. And remember, thanks and appreciation are the key to continued communication with the Universe... it is the spiritual coin most recognized by higher beings. Learn more about working with Universal beings and other magical skills with our Kindle book 1 of the Witchcraft Spell Books series – Learn How To Do Witchcraft Rituals and Spells With Your Bare Hands and our Daily Rituals for Attracting What You Want in Life ebook.

If you enjoyed this post, please consider leaving a comment or subscribing to the feed to have future articles delivered to your feed reader. Or, visit our website for more great resources.
Posted by Alan Joel at 12:30 PM
Email ThisBlogThis!Share to TwitterShare to FacebookShare to Pinterest
Labels: messages, the universe, universal, universe