Spells and Magic for Everyday Use: Why You Need to be Precise! 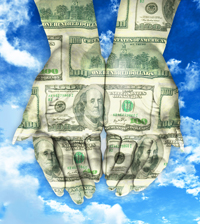 When performing spells and magic it is very important to be precise. I can cite many examples of spells and magic procedures that either "backfired" or that were perceived as failed all because the practitioner was not precise in executing the procedure. We've said it before and will continue to repeat – Magic is a precision science. The Universe can always deliver what we ask for, but sometimes it doesn't seem that way because we either are not ready to receive and our level of being is not a match for what we are asking to manifest or because sometimes we just aren't asking the right questions or are not being specific enough in our request.

Let's say for example that you want extra money. You are ready to receive this money, and you have asked the Universe to deliver. As you are walking down the street, you look down and find a penny. There you go, the Universe delivered just what you asked for, extra money. What you didn't do was specify how much money or when you needed it by or that you don't want anyone else to come to harm in order for you to attain it. This is where in spells and magic, Directors and Limiters come in and can help us get more precise in letting the Universe know exactly what we want.

Directors
Writing down your Directors and Limiters for a spell and magic procedure can help you in manifesting what you want and help you get very precise. Directors are a list of everything that you want in your manifestation. In this list include specifically what it is that you want. How much money, date you want it by, etc... It is often better to define ranges rather than absolutes to give the Universe room to work. So for example, it is often better to say "delivered in six to ten weeks" rather than saying "must come at 4:00 pm on October 2". Also, do NOT specify, HOW it will come to you. That is not your job; that is the Universe's job to determine the delivery system.

Limiters
Limiters are a list of what you don't want to happen in your manifestation. It is a way to safeguard yourself and others. Remember by Rules of the Road that causing harm to others will provide a backlash to you, whether in this lifetime or a future one and whether you did it with intention or not. Use your limiters in your spells and magic procedures to define things such as wanting your money to come to you without causing the death or loss of property to anyone. You might also want to specify in the Limiters that there not be any negative financial surprises to pop up around the money, for example some type of large tax or investment of capital on your part. As always in spells and magic, think it through completely. Then build in your safeguards.

Tip For Getting Help From the Universe
Here's a tip that is one of many you'll find in our Daily Rituals for Attracting What You Want in Life ebook that can help you in asking the Universe for help. Now that you have your Directors and Limiters defined and written down, make several copies of them. Take one copy and meditate or pray over it, then place it in a sacred place. This might be your altar, a Universe box, or a Bible or other sacred book to you. Then put other copies around places that you will see them. On the wall above your desk, on the refrigerator, your car dashboard, etc... This will keep your aim in your consciousness. You may not stop and read it every time you see the list, but your subconscious mind will absorb the information every time you see these lists and this will cause your belief to grow.

Real Life Example
Here is an example of how being precise enough to define what you want can deliver surprising results. This also shows why you do not want to get wrapped up in how the results come to you. The Universe is able to see the bigger picture and can find ways to make things happen that we could never have imagined.

One of our advanced students had accrued quite a bit of debt and wanted very much for that debt to be paid off. She specified in her Directors several things including the amount of money needed to pay off all her debts and a range of time. In her Limiters she specified that no one would be harmed by her receiving this money, that there would be no death involved in this receiving and no loss of property to anyone. This was especially important to her because she wanted to make sure she did not inherit the money as the result of a family member dying. She really couldn't see any other way the money would come, but put it out to the Universe, put herself in the receiving mode and being a true believer in spells and magic, trusted the Universe would deliver. And the money did come. It came in a way that she would never had been able to make happen herself without the divine intervention and that was a total surprise. Within the specified period of time, her sister came to her reporting that she received an unusually large one time Christmas bonus at her job. She said one of her first thoughts on hearing about the amount of the bonus was that she wanted to use a portion of that money to pay off her sister's debts and ease her money worries. Being a believer herself, the sister saw the large bonus she received as being tied to her sister's manifestation and that now they could both benefit from it. Coincidence or magic? I know what I believe; what do you believe?

Posted by Alan Joel at 7:14 AM
Email ThisBlogThis!Share to TwitterShare to FacebookShare to Pinterest
Labels: magic, spells and magic