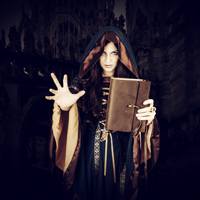 You did all the right things. You did divination before you launched your magic spell to see if it would produce the right results. You gathered the right symbols for the spell. You cleansed your space prior to the launch. Then you launched it ... and nothing's happening.

Good question. There are quite a few reasons that magic spells don't work for people, and I've listed the three biggest reasons I see below. Check them out and see if they are true for your spell. If so, you might want to take down the existing one and start over.

1. You Are Trying to Accomplish Too Many Things
A lot of people believe that if they must go to the trouble to design, write, test, and launch a spell, they might as well put all their life's desire into the spell. Spellwork does take a lot of time and energy, so people don't want to waste it. Consequently, they pack it with everything they have ever wanted, from a dream trip to Europe to winning the lottery.

While I can certainly understand the motivation of not wanting to waste effort, I know that this is also the reason that a lot of spells don't work. A spell isn't like a menu, where you can pack in a bunch of different choices. The principle of a spell is more like the main principle followed by military snipers: "One shot. One kill." For a spell, the principle is "One spell. One aim."

If your spell didn't produce the intended results, look it over, especially your list of Directors and Limiters, and see if you packed your spell with too many demands. That might be the reason it isn't performing.

2. You Used Someone Else's Spell
There are a lot of books out there on spell work, and a lot of good spells that you can use to achieve some aim. If you just want to achieve something small, like a better mindset for studying or attracting a small chunk of money owed to you, using someone else's pre-written spell often works very well.

Where I see this approach fail is when people use a pre-written spell to try to create a major change in their lives. For instance, to transform yourself from a poor country mouse to an instant millionaire isn't going to happen if you use someone else's pre-written spell. It also probably won't work if you have someone else launch their pre-written spell for you. If you want to create this kind of change, plan on writing and designing your own spell.

3. You Haven't Waited Long Enough
This one is a biggie. We teach people to specify date ranges in their spells. This gives your spells some freedom in which to work. For instance, you might specify in your Directors and Limiters that you want to your magic spell to produce results between 3 and 6 months from the date of launch. This allows your spell to find that time of least resistance in which to create the desired change.

Having said that, I've seen big spells that don't work in the specified time period, but do eventually work. I launched a big one once to stop a bill from passing in Congress. The bill passed (which meant my spell didn't have the desired effect at that time) but was later over-ridden by another bill. Another example is a big spell my wife wrote to get a farm. She specified that the spell should produce a certain type of farm plus the needed income to buy the farm within one year. We didn't get the farm in one year. Instead, we ended up with a better farm three years later, with more income than was needed to buy the farm.

If you've launched a big spell, by which I mean a multiple-candle or Tarot-style spell, sometimes the results do not happen in the time period you specify, especially if the spell has to overcome a lot of resistance. Be patient. If you want to check whether you magic spell is still working, once your specified date range has passed, do Tarot readings to find out.

The Art and Craft of Spellwork
Spellwork is one of the high arts of magic, and it takes time, practice, and dedication to master, especially if you want to create change on a large scale. It does work. I've seen spells work over and over with good consistency.

Spellwork is also one of my favorite magical arts to teach because the people who are interested in this art are generally talented, interesting, and fabulous to work with. If this sounds like you, and if you are interested in learning the craft of spellwork, you may want to consider our online Basic Magic Course. Spellwork is covered in Level 3, but taking the first two levels gives you a solid magical foundation. If you are looking for a more simple solution to spellwork take a look at our Witchcraft Spell Book series on Kindle.