What is Magic, Really? 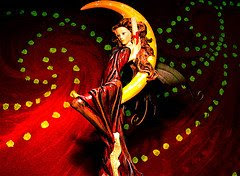 With Harry Potter, the Halliwell sisters on Charmed, Race to Witch Mountain, and all the other books and movies out there about magic, people can get very confused about magic. People ask us all the time, "What is magic, really?"

Good question. And we have an answer. So here goes ...

Magic is a precision science! It is also:
Note: The word manipulation is often used in conjunction with magic, but manipulation simply means the use of the hands. It should be an "OK" word without a lot of charge, but currently it is used mostly to mean coercion. Look it up!

Every intentional act is a magical act! Magic gives us the ability to communicate with beings on all levels, and allows us to understand, through direct experience, the actual workings of the Universe.

Magic is the traditional path of spiritual growth.
Magic is not extraordinary knowledge. It is the "normal" way of life. We've just lost access to it. When you have this kind of knowledge in your understanding, you have the ability to resolve spiritual questions that otherwise become catechism. From a magician's point of view, catechism is not acceptable, since a magician must experience and verify everything for him or herself. It avoids the trap of dogma. In past time, having a magical foundation was essential so that we could go and talk directly to God, the devil, etc.

How Do You Spell Magic?
There is some confusion as to how to spell the word "magic." There are three different commonly used spellings: magic, magick and majick. Eliphas Levi first used the form "magick" to differentiate religious or ceremonial magick from stage magic.

Does this make sense? Have more questions? Here are a couple more resources so you can delve deeper:

How to Study Magic


Photo credit: Dreaming Like a Fairy
Posted by Alan Joel at 6:33 AM
Email ThisBlogThis!Share to TwitterShare to FacebookShare to Pinterest
Labels: Basic Magic, Charmed, definition of magic, Harry Potter, magic