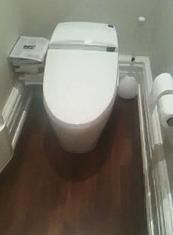 I wish our magic school had a staff of thousands of magicians on board to help people with their magical problems. Whether it be self-defense, removing hexes, reconnecting with lost ones, changing job prospects, or something else.

Most of these magical problems are not difficult to fix. You just have to have a certain level of magical knowledge, the basics, to be able to select and use the right magical tools and approaches to get the job done. Anyone on the planet can do magic.

There are no muggles.

The reason we don't have a huge staff available to do magic for people is that most of us are engaged in teaching, creating new materials, training other teachers, or tending to issues at different levels, ranging from community to galactic.

But that's as it should be. Why? Because at this school we adhere to the principle of:

We certainly could use magic to "fix it" for a lot of people right now (and the good news is that we now have an on-staff practitioner who does help people directly--learn more here). But as a group, we teach people like you to be your own magical "fix it" guy.

Ten Problems You Could Solve with Basic Magic
OK, so now I'm going to climb down off my soapbox and talk to you about Basic Magic. Basic Magic is a 32-week teleconference course that gives you all the basic magical tools you'll need to solve most of life's problems ... be they major or minor.

That's why we are starting yet another Basic Magic class in June (even though we have 2 already in progress). People need to know this magic ... now, more than ever!

Want to know what kinds of problems you can solve? Here are 10 problems that current or past students have recently solved using the magical tools and rituals they learned in Basic Magic. Some are touching, some are deep, and some are just downright funny!

Ready? Here goes:
I don't know about you, but I particularly enjoyed that last one. It's magic with a sense of humor, and heavens knows we should always enjoy using our magic!

So if any of the above situations amused, enchanted, or otherwise interested you, check out our new Basic Magic Course or drop us a line and ask some questions: